Dell Part Numbers - How to Locate and Identify

Finding the correct part number on a Dell product can be a challenge and confusing to those who aren't used to looking for them. Dell uses these part numbers for replacement/spare parts and also to identify original system configurations on the Dell support website. Many parts have multiple Dell part numbers or spares and can be used interchangeably. For example, there may be up to a dozen different part numbers for power supplies that fit a specific Dell server.

It's best to look for a sequence of both numbers and letters, usually preceded by a two-letter code of the country of manufacture e.g. DP/N, CN, JP, SG, US, ID, etc. The first digit is usually a 0 (zero) followed by a five character alpha-numeric code that is the Dell part number. The first 0 (zero) is usually omitted and the additional numbers after the second dash signifies the individual serial number of the item.

Dell OEM memory DIMMS (RAM) will rarely have a Dell part number or Dell logo on it.  Dell uses third-party OEMs to manufacture memory for servers and workstations (Samsung, Hynix, Micron, etc). The same is true for many Dell OEM hard drives. While there may not be a Dell logo on the drive label, there will always be a Dell part number if the hard drive is a true Dell OEM.

Some Examples of Dell Part Numbers

Newer generations of Dell servers and parts feature a small, square label with a QR code that features the part number in two places.

An aerial view of a sample  Dell PowerEdge 2950 System showing the componently and layout on an installed board. 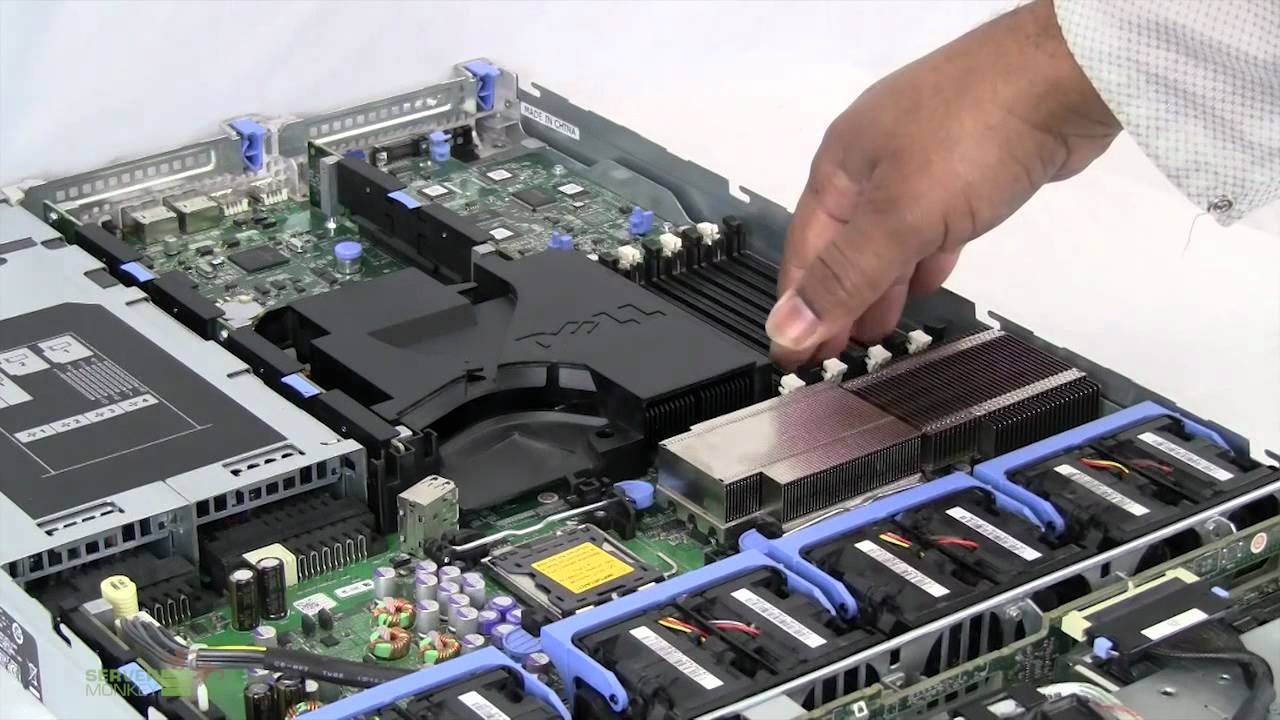